10 things I have learnt after a month in Chile

1. There is no such thing as too hot shower…

Mornings in Santiago can be really cold. Even if the weather is supposed to hit 30C in the afternoon, the morning’s temperature oscillates around 10C. Which means getting out from bed is the biggest punishment in the whole freaking world. That’s why you quickly have to run to the bathroom and take the hottest shower you can.

Chile, in contrast to Brasil, has a dry climate. Which means that (mostly) if you stay in the shadows, you’ll be good. But when the temperature hits those 30C for few hours things can get nasty and you want to drink freezing cold stuff. Cold drinks are sold everywhere. Many street vendors simply freeze the bottle and keep them in ice-cubed boxes until they find a happy owner.

3. Everything is sweet here

Let me tell you two things:

Chileans really love soda and anything that contains sugar. After a week of drinking Coca-Cola I started to ask for tea and water which ended with questions if I’m ill or having a cold, because no-one says “no” to sodas here.

However beverages are not the only thing which is extra sweetened. They even put extra sugar in yogurts (took us 15 minutes to find a natural one without endulzado con azúcar label) or popcorn (ewww). Once in the office they gave us crunchy cookies which were really good, but everyone complained that those weren’t sweet enough.

4. Chileans eat a lot and there’s a whole culture of eating here

Average work week is 45h. A little bit more than in Europe, but this is simply because everyone here is given at least 1 hour of lunch break. Chileans really cherish the time spent at the table and a family meal lasting more than two hours is nothing unusual. Every lunch has an entry, main dish and a postre. How they get to eat all of this food is still a mystery to me. But I suspect they have at least two stomachs – one for the salty and one for the sweet.

5. Drivers (or rather traffic in general) are crazy

Instead of drinking a morning cup of coffee, one can try to ride in a car in Santiago. Seriously. Drivers here are pretty much like Jeremy Clarkson. Though they use the break pedal. Hard. So it’s full speed or full break most of the time. This can be a problem especially with buses which stop so suddenly, that you have to be holding the bars with both hands, legs and pray that you don’t fall whenever a bus stop comes.

6. Being late one hour is still considered being on time

Once we were invited to a small party. Unfortunately we got stuck in a traffic jam and were running late. In the end we showed up 15 minutes later than the time we were given. I was completely freaking out. Unnecessary. Not only we were the first guests to show up, but we were also “yelled” at why did we show up so early when nothing was ready.

7. You learn which spider is which and you even name them

BBC voice: Did you know Chile is the land of the most venomous spider?

And do you want to know how have I learnt about it? One time I saw spider walking on the floor and as a normal, sane person, my reaction was picking up a shoe and trying to kill it. However I was stopped by 3 people yelling “No! It’s the good spider.” You might say “there’s no such thing as a good spider” and you would be right. However in this beautiful country not only they have this freaking killer spider (which runs faster than people during Black Friday sales), but also a calm, huge Tiger spider which loves eating those little motherf**kers. I named mine Esmeralda and we’re best friends ever since.

8. Before going out you spend extra 30 minutes putting on sun protecting stuff

I’m blond. Not only in the terms of intelligence, but also skin and hair colour. It’s not a problem in my home country, but here going out for 2 hours without a sunblock or hat means headaches and burns. Chile has a problem with ozone layer and UV radiation can be really bad. It’s the only country I ever saw where the weather forecast includes UV levels. And it’s not just bad for people with bright skin. If it happens that you have to work outside an office your employer is obligated to buy a sunblock and you really should apply it every hour.

9. You have to kiss everyone and I mean everyone

I come from Eastern Europe. It happens that we kiss (3 times) people on the cheeks, but usually those are our aunts we meet twice in a lifetime. Apart from that we’re very no-touchy people and if a stranger tries even to get close we probably run away or try self-defense moves. So imagine the terror I live every single time when I have to say hello or good-bye which includes loud “cmok”.

10. Sports or any physical activity are allowed only before 8am or after 10 pm

Have I mentioned it can get hot in here? It’s not uncommon to see people jogging late in the evening and the most popular gym classes (unless air-conditioned) are at 9 pm. It goes even more, because parents go out with kiddos also more less at that time to playgrounds, because during the day it would be simply to hot and they could overheat. 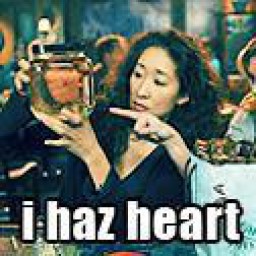